It’s called a crochet style. I first came across this hair style and technique via YouTube.

I became so fascinated at the joining of an extension to the natural hair, complimenting the natural hair and looking utterly gorgeous! I copied exactly how the lady in the video did it.

My own step by step of how I love to style my crochet can be found below:

Figure out how to style the often tangled, messy and loud piece of hair. In this hairstyle I’ve left the edges of my natural hair out, so the entire middle of my hair is cornrowed down then tied in with the crotchet.

Fit probably the best product since hair bands around my entire head!

They’re best known as spiral hair bands and can be found in beauty stores like Boots, or for even cheaper on one of my favourite online places, found here.

They stretch so widely and never break!

Ensuring all of my natural hair is tucked in and combed back so I can begin my desired hair style for the day. 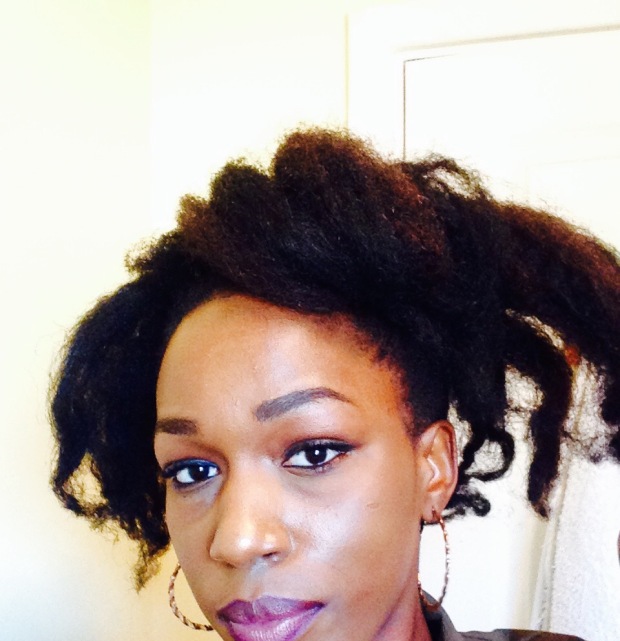 Flatten down preferred style (let’s call this the mushroom) and then one by one take a chunk of hair to tuck into the elastic.

..not forgetting the back of course! Where the mushroom style really ‘blooms’.

Voila! I find that the mushroom hair style gives me an open palette when planning what make up look to go with it.

And what I wrap my hair in for bed.. 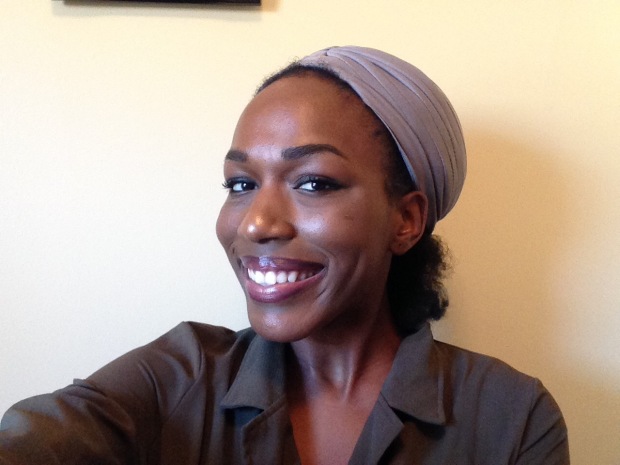 Silk is such a friendly and healthy material for natural hair – silk turbans can be bought at any Afro beauty hair shop such as pak’s.

Other ways that I’ve styled my crochet hair over the 3 weeks of having it installed:

I’d like to say that my hair is an expression of my personality; it’s about more than just the hair but rather about how I feel and what I’m embracing. I love hair styles with personality and boldness, and feel nowhere near nervous or ashamed about wearing them.
*Update on crochet twists hair do and why I’ll never do single extensions again! :

It took 2 hours in total do do my crochet twists, they already came twisted up in the pack so all I had to do was quickly attach them. I am happy I’ve found a quick, easier and safer way to do my twists!

Tutorial on how to do crochet twists:

The natural and black hair movement is so strong right now, and it’s warming being recognised as a physical evidence of that. I love embracing all types of natural looking hair, and my current do has been largely discussed amongst my close friends, passers by on the street, and even my family members! (who are predominantly male).

Wearing My Afro Is Always a Political Act: https://newrepublic.com/article/122515/wearing-my-afro-always-political-act

Black feminist and writer bell hooks has written compelling pieces when speaking about the subject of black women and hair:

Since the world we lived in was racially segregated, it was easy to overlook the relationship between white supremacy and our obsession with hair. Even though black women with straight hair were perceived to be more beautiful than those with thick, frizzy hair, it was not overtly related to a notion that white women were a more appealing female group or that their straight hair set a beauty standard black women were struggling to live out. While this was probably the ideological framework from which the process of straightening black women’s hair emerged, it was expanded so that it became a real space of black woman bonding through ritualized, shared experience. The beauty parlor was a space of consciousness raising, a space where black women shared life stories—hardship, trials, gossip; a place where one could be comforted and one’s spirit renewed. It was for some women a place of rest where one did not need to meet the demands of children or men. It was the one hour some folk would spend “off their feet,” a soothing, restful time of meditation and silence. These positive empowering implications of the ritual of hair pressing mediate, but do not change negative implications. They exist alongside all that is negative.

4 thoughts on “The secret is out!”